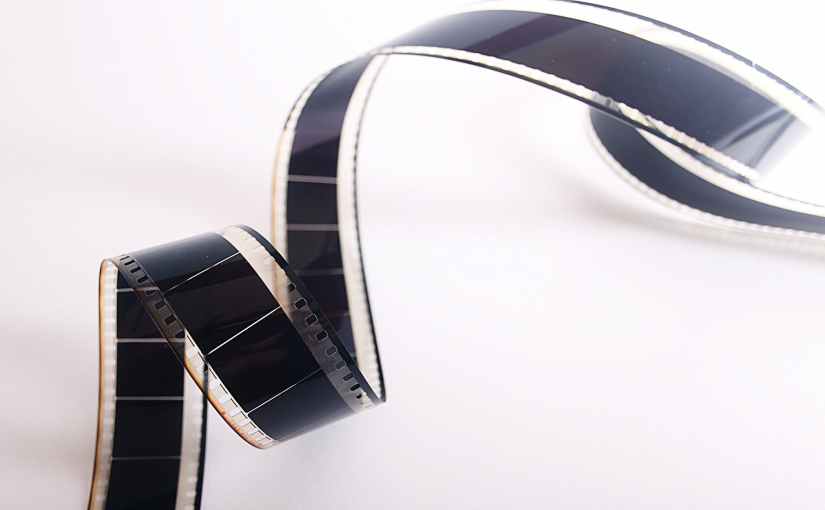 This week I was freed.

We’d been exposed to COVID courtesy of a visiting home repairman whose brief stop to pick up a check led to receiving a call less than 48 hours later, courtesy of SF city health. We were to quarantine with testing and daily monitoring by phone for two weeks. Happily, our initial tests were both clear, and again just before our ultimate release.  I chose to celebrate by daring to indulge in an experience few else were pursuing these days.

I’m calling to your memories. I’m asking you to think back as far as you can — a moment long ago when you sat with a roomful of mostly strangers, and the lights dimmed to darkness, and the room hushed as everyone around you became quiet.  Perhaps you heard a fanfare, the curtains opened – revealing a shiny silvery screen, and beams of light bringing to your eyes a vision.

No one reading this today was present 125 years ago when, shortly after Christmas, two brothers created a public gathering that transformed the world. Louis and Augusta Lumiere charged one franc each to 33 Parisians to watch less than 10 minutes of silent film.  They had not invented the film process but did create their unique mechanism for projection to a paying audience.  This very first commercial film screening soon resulted in their opening a chain of local “cinemas”, and in time to the world.

Although I do not think it was my first movie, my first movie memory was going to the old Corona theater in 1966 with my older brother, I was 8, he was 10 and the scenes of the fire engulfing the forest ignited not only the screen but my imagination.  In the more than 5 decades since I have no idea how many films I have seen; many in the theater, but also on Tv, or college retrospectives, then in time VHS rentals, laserdiscs, and DVDs – but always, always I knew movies were their best in a dark cinema.

The visions, dreams, stories and songs, were a place I could escape. Where I could find hope, joy, and worlds of adventure for a dollar matinee and a bike ride. In time, I would attend previews, revivals and world premieres; visiting Grauman’s Chinese, the movie palaces of downtown LA built by Charlie Chaplin and countless visits to multiplexes, many now converted to retail or RV showrooms or torn down.

I was often – correction, nearly always – alone, even in a crowded theater. Sometimes I would chat with strangers about the film as we waited, but most were with others, and I was more comfortable waiting for the lights to dim and to leave my neighbors behind. I learned about the artists of screenwriting, direction, production design, editing, scoring and of course the stars. My parents in shared their memories – my Mom of trips to see musicals (and going on a bowling double date with Mickey Rooney), my Dad of being terrified by Karloff as the Frankenstein monster. In time I took my younger brother to Superman and Star Wars; and his first R rated movie, Die Hard; more recently, with his wife and kids, and now my husband, to see even more Star Wars.  Funny how I can remember many of these screenings, theaters, and those times when others enjoyed or hated the film along with me as we chatted after some blockbuster or art film. Too many memories to begin to share – and in recent years, new memories with my husband, a reality beyond even my own romance inspired imagination that no screenwriter could have sold to a studio.

But earlier this year, of course, no new memories could be created. Theaters like our beautiful Castro, dark for months for the first time in its nearly century long life. Others closed forever, now; chains in bankruptcy, studios ceasing production and deferring release, selling new films direct to Amazon that had been created for audiences to enjoy in the crowded darkness, their drinks and popcorn left in cases. The seats cold.  Like so many lives and businesses – the future uncertain, but the present, silent – more so than any DW Griffith epic or Harold Lloyd comedy. The lights off, the doors locked.

Recently, the powers that be in their unknowable wisdom deigned it safe to allow some there to reopen. Sadly, here in SF most remain shuttered; unlike their neighboring cities, they are not being allowed to sell refreshments, which for years has been the only source of profits, especially for independent cinemas; the studios take most of the ticket cut, which is more meager than ever.  Somehow, other sources of food and drink are safe, including restaurants recently reopened for indoor service, but that part of the cinema experience is not permitted here – and so our local theaters remain dark for now.

But nearby cities had been screening for a few weeks, and now that I could at last get out, I knew exactly what I wanted to see! With all the closures and delays in movie releases, most of the “summer blockbusters” were, well, either not summer, or bust. But one filmmaker whose works have always been creative, and sometimes breathtaking, insisted his project be released in theaters as planned – if delayed – and I wanted very much to see Christopher Nolan’s “Tenet” in IMAX.   A theater nearby, south of the city itself, had it on IMAX matinee for the final day the first day of my “release” – and my husband having opted out, I drove to the BART parking structure adjacent.  Usually crowded up to multiple levels, it was nearly deserted – as was the sidewalk past the some open, some closed eateries featuring pizzas, ice cream, sandwiches and more.My ticket was “touchless” with an assigned seat, no adjacent viewers – in fact, only 4 seats were showing as sold that morning out of the entire theater.  The concession area was open, but semi deserted – and entering the theater itself, a hand cleansing station greeted me as I found my seat in silence.  There was no typical “pre-show” with ads, promotions, etc. – but a few “previews of coming attractions” with dates that have now been pushed into 2021.

You don’t need my evaluation of the film itself – there are plenty of those online.  Rather, I invite you to remember what it was like to go, perhaps with a date, or your family, or a group of friends, to see some film you love to watch even today – whether it was Forrest Gump or Star Wars, James Bond or a Disney classic.  The joy you felt, or the fear or surprises you shared; the music that soared.  These were magic carpets taking us to new worlds in the dark;  showing us what life might have to offer, promising us a future we might never know, and for some, the promise of what discovering what it is to love, be loved, and even lose love. We may see ourselves, or perhaps not – perhaps we will get a glimpse of who we want to become. Films are not always a true representation of life, but they capture the energy of our spirit in a way that combines imagery, sound, story and more that is unique to sitting in that dark room, climbing on the carpet, and letting it take us where it will.  When the ride ends, and we walk out, we may not remember those moments consciously – but they are a part of our common cultural heritage now.

Perhaps you recall the wonderful, Oscar winning theme music for “Chariots of Fire” created by Vangelis. He also had several albums as part of the team “Jon and Vangelis” – one, “The Friends of Mr. Cairo”, is titled for their evocative, and very lengthy, tribute to how film captures our spirits, our hearts, and creates a shared experience that can last a lifetime.  Of course, it refers to “The Maltese Falcon” but moves into other moments that you may recognize as well.

Silent gold movies, talkies, technicolor, long ago; my younger ways stand clearer, clearer than my footprints. Stardom greats I’ve followed closely, closer than the nearest heartbeat; longer than expected – they were great. Oh love oh love; just to see them; acting on the silver screen, oh my. Clark Gable, Fairbanks, Maureen O’Sullivan; fantasy would fill my life – and I love fantasy so much. Did you see? In the morning light? I really talked, yes I did, to God’s early morning light – and I was privileged then, as I am to this day, to be with you.

I hope you will take the time to view this in one sitting, quietly – the creator of this video clearly loves the music, and the films, and melded the two into this hymn to how films find a place deep in our hearts.

My wish for you is that one day, perhaps soon but one day, you will again be able to enjoy a movie you love – whether new, or old – in a darkened theater full of strangers, on a screen larger than any in your home, without distraction, and with all the popcorn and soda you have missed.  I hope Bob and I, with our friends and families, will have those moments ahead as well, at the Castro theater with it’s beautiful pipe organ and cavernous edifice, inviting passersby “Come, enter the temple – see the light dance and the hear the angels sing”. The flickering spirits are waiting for you to join them again in the darkness.  As my old film mentors Siskel and Ebert used to say every Sunday evening on TV as they shared thoughts on what magic film offers us – save me the aisle seat.