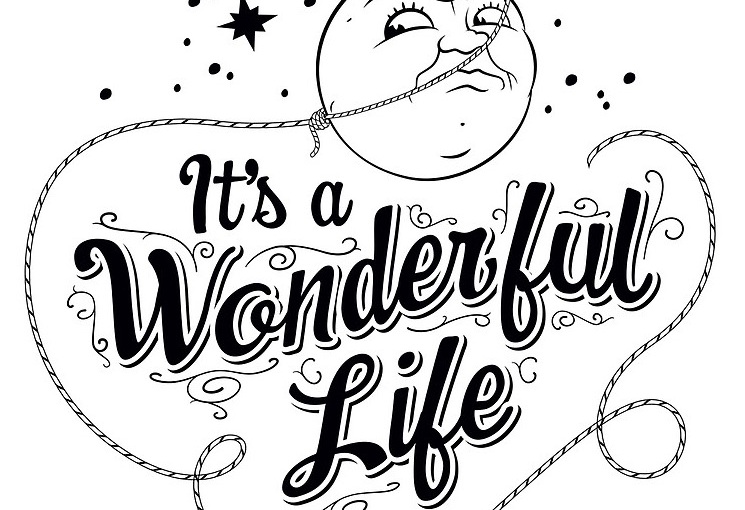 I’ve written more than once about how the power of storytelling, especially through film in my own case, can open our eyes to truths we somehow just didn’t see before.  Certainly, I’m a firm believer in the importance of sharing our own true life experiences – honestly, openly in the hopes that others might find encouragement as they pursue their own unique journeys. But, works of fiction, whether in literature, film or other art forms also can bring inspiration – and have done that for me many times in life.  As this will be posted in time for Christmas 2020 – a year without peer, I dare say – my thoughts drift towards two such tales that have very different origins, yet whose primary characters perhaps more in common than one might expect at first glance.

Charles Dickens created many great works, but for many his most loved is “A Christmas Carol” first published in 1843.  In 2017, a lovely film (not of course entirely factual) gave some insight into how it was created – “The Man who Invented Christmas”, with Christopher Plummer as the Scrooge of Dicken’s creative process. Endless versions and variations have and will continue to be enjoyed long after this year;  the most vivid in my own memory was a one man performance by Patrick Stewart at Cal Tech decades ago complete with multiple characterizations, sound effects and a sense of energy and discovery that he brought to new life. (The full audio performance is available on iTunes, I believe).

In film, for me, 1970’s “Scrooge” which I first saw in the little Corona theater at age 12 is still a part of my annual celebrations. The musical starring Albert Finney was in many ways a triumph of casting, art, and song – yet it did not initially register with audiences who were more interested in the new cinema of MASH and five easy pieces than a dancing Ebenezer.

I bought the soundtrack LP long before VHS made home viewing possible – listening to the songs by Leslie Bricusse, including my personal favorite over the opening credits – a chorus of joy and encouragement.

Look around about you and see what a world of wonder this world can be!

It was probably a few years later, in my teens, when (thanks to a gift from my Dad and stepmother of a small black and white tv) that I began to see older films at home, after school.  The ABC affiliate had a 90 minute afternoon movie time slot at 330 – and one day I turned on a black and white film that was spread over two days.  Later, I would see it first “screened” in its entirety at college – then, eventually in theaters in California, and even one December matinee in London, for it’s 50thanniversary.  At first I was mystified why the audience there didn’t seem to love it as much – but, it is a distinctly “American” narrative, made by a director and star who had worked together previously, won Oscars, and both served in World War 2, one as a pilot, the other making films that still are highly regarded for their honest portrayal of that epic struggle.  When they returned home to eventual peacetime, the director wanted to finance his own production – based on a very short story the original author, Philip Van Doren Stern, had included in a 1943 Christmas card to friends – “The Greatest Gift”.  He expanded on the concept and pooled together some of the best talents in Hollywood, including his prior star actor, and built a small town for the location filming.   Perhaps surprisingly it wasn’t a big hit, from an independent production company; and in time, without the licensing and copyright being maintained, the film fell into “public domain”, like the chopped up airing I saw in the 70’s on that little tv.  That circumstance led in time to it being aired so many times, more people saw it, and came to love it – becoming the classic it is today.

“It’s a Wonderful life” portrayed an America that endured through the Spanish Flu, depression, and World War 2, through the life of its protagonist, George Bailey, in the small town of Bedford Falls. In the years since then, I cannot say how many times, or with how many friends, I have “visited” the Bailey’s and that little town; last year, my husband and I enjoyed a live performance of the score with the film by the San Francisco Symphony and Chorus, which was unforgettable.

I’ve had the chance to meet Karolyn Grimes, who played “Zuzu”, the little girl in the film; collected memorabilia (and given it away!), and decorated my tree and now our home with reminders of that story.  It is such a perfectly detailed story, of a time, a place, a family and a set of circumstances – challenges, failures, love, disappointment, loss and hope.  But, mostly to me, the message was – your life matters.  Even if you cannot achieve your dreams; even if you never become what you hoped, or others expected – you can make a difference in this world, one that is uniquely yours – one that is irreplaceable. In my lonely teens, escaping to a world where the promise of redemption was realized at Christmas was one way to hope for a better future. And there was one that I could not then see, but was waiting for me.

Much has changed in my life in the now 50 years since I sat in that little local cinema for Scrooge; and the decades since I first watched George Bailey jump off a bridge to end his life on that little black and white screen.   Of course, both stories have happy endings – life doesn’t always offer those, or at least at times the possibility of happy endings seems very difficult to imagine.  Perhaps Christmas 2020 is one of those times for many more than usual, in a most unusual year, bleakness dimming the lights on our homes and in our hearts.

So as our TV plays the familiar voice of Clarence, George, Mary (and, my special friend Bert the Cop) on Amazon Prime while write; and tomorrow, as I join my husband to again enjoy the dancing, singing cast of Scrooge (with Alec Guinness as Marley!), I have a lot of feelings come up.  If you’ve read anything I have blogged about this year, you KNOW I share my feelings – because I hope that reaches others, and does some good, perhaps – a little George Bailey in me trying to get out.  And I realize – Old Ebenezer and George have a lot in common.

History – not just fiction – tells us that most cultures have representatives of that part of life which we cannot understand, whether we consider it the afterlife, some representative of eternity, or other spiritual beings that exist outside our ability to measure, but – somehow, we sense, or want to sense, their existence.   Perhaps as some suggest this is just our desire to understand what is beyond our comprehension; for others, these beliefs become deeper truths, very personal truths.  Centuries of faiths with various representatives of such spirits have uncounted stories which most of us will never read or otherwise enter our thinking.  The 3 spirits of Christmas that visit Ebenezer, and the angel hoping to “earn his wings” that answers the prayers reaching heaven as George considers ending his life in despair, are such beings.  Outside forces that enter the lives of two very different men, both on Christmas eve, in very different times and places.

Ebenezer, of course, was a selfish, bitter man, hated by many;  Dickens suggests that the spirits visit him because Marley hopes that will save his only friend in life from a similar, doomed fate.  George, a beloved husband, father and citizen who, through his character as much as through his deeds, touched the lives of so many in his small town, had reached a place of hopelessness; through an act of selfishness by Mr. Potter, a “modern day” Ebenezer of post war America, he stumbles onto a bridge hoping to end the life he sees as wasted as the only way to escape his own, undeserved fate.  The spirits help Scrooge, and Clarence helps George, see his life (and the lives of others around them) from a new perspective – and to realize that they want to embrace life anew.

Many of us know what despair feels like.  Right now, many of our friends and family may be suffering through it, perhaps not with our awareness; trying to find hope.  In other posts, I have talked about some of those periods in my life; thinking back about those who helped me, who either reached out in love or responded to my own seeking of a new way to move ahead, they were the “spirits” helping me to see there was a promise of a better life, perhaps not obvious or easy, but possible.  I remember a counselor sharing with me about the concept of “liminality” – not something I am qualified to explain, but I feel applies in some way to the experience of both our Christmas Eve characters, and perhaps you and I as well.

If you look online, where of course there are MANY interpretations of just about any philosophical concept, you can explore perspectives (here is one) on liminality.  I recall that from a purely anthropological sense, the “liminal” state is that “in between” – the middle stage of a “rite of passage”, or a period of growth and becoming.   In religious traditions, similar concepts exist – a stage from separation, between beginnings and the future.  For our two (eventual) heroes, Eb and George – Christmas Eve became a liminal space, in a way – a place between what was, and what could be.  Where spirits could speak to them, and minds, hearts and souls could be open to new understanding.

I wish I was learned enough, and literate enough, to bring home some insight, awareness to share from these musings with you; all I find I am able to do is to open the door, or perhaps a small window.  To say – or ask – what are the lessons that I learn, that you can learn (or share with someone you love who needs that more than ever at this very instant) – to be open to this moment, now.  To know there is a possible waiting for discovery; a Christmas morn where the presents are not wrapped in paper, but in a renewed spirit that awakens and cries, just like a child at birth, and embraces the future, in faith.  These are OUR unexpected turning points.

For now, I can only, as always, share what little I have to offer – the thought comes, “to play my drum” for you, perhaps, on this Christmas.  To remember the words of fictional characters that still represent real truths – from George Bailey, his prayer of despair –

And from Tiny Tim – not at the triumphant end of the tale, but during the “Christmas Present” where his family struggles with little food, and he is living what the Spirit shows Scrooge is his final Christmas – despite all their travails, faith –

Wherever you are today – know, there is hope.  For you – and for you to share.  Until next time – Merry Christmas, and wishes that the New Year brings new joys, discoveries – and renewal, for us all.

Won’t you join me then? Just enter your email above to be notified of new posts.